Which Documentaries Inspire Social Good? Today I’ll give you three examples, so please keep on reading. To say 2020 was a tumultuous year would be an understatement. The COVID-19 pandemic changed the world as we know it. But, it brought so much with it that has been hard to ignore. Under-served populations, inequality, and issues with our country’s healthcare system are just a  few examples of issues the pandemic brought to light.

Unfortunately, COVID wasn’t the only thing that caused turmoil throughout the year. Politics, racial injustice, and climate change have also been hot topics. These issues aren’t necessarily anything new. But, they are becoming more prominent and more newsworthy as people demand change. While change starts with taking a stand for something you believe in, you should educate yourself on the things that matter most to you. One great way to do that is to watch documentaries on those subjects. Whether you’re browsing through Netflix hoping to be inspired, or you have a specific subject in mind that you want to know more about, immersing yourself in a quality piece of filmmaking can be incredibly educational.

With that in mind, let’s take a look at three documentaries that can inspire you to stand up and do something good.

Docs on Discrimination – Whose Streets

The Black Lives Matter movement officially began in 2013 by way of a hashtag. But, the group has become a powerful force over the last year, bringing racial injustice to the forefront of the news. It continues to gain more attention thanks to the unfounded treatment and shootings over the last several years, especially involving black individuals and police officers.

The 2017 documentary Whose Streets? focuses on the killing of Michael Brown and the national coverage that started in Ferguson, Missouri. Since this documentary was released, more people of colour have been unjustly killed, sparking nationwide controversy. Some notable names include:

While this documentary focuses on the tragedy of the killing of Michael Brown, its true purpose is to show how the community came together to speak the truth and fight for justice. Racial injustice is real and has caused a fire to ignite in our country. This documentary is a great way to learn more about it and find your own inspiration.

It can even inspire you to think about other groups and minorities who face injustice and discrimination daily, including sex workers, homeless individuals, Native Americans, and immigrants.

Caring for the Climate – Chasing Ice

The documentary Chasing Ice was released nearly 10 years ago, in 2012. But, that makes its message even more prominent and powerful today. Created by National Geographic photographer James Balog, the premise of this film is to showcase how climate change is impacting the world’s glaciers.

The beautiful thing about this documentary is that it gives viewers a very clear visual of how the world is changing, and how people are impacting the climate more than you might realize. It’s was shot over multiple years, focusing on how glaciers changed in just a very short period thanks to the ever-warming planet.

While there have been plenty of documentaries focusing on the environment in recent years, this one is a great way to introduce yourself to climate change and environmental impact. Let it be your gateway to other environmentally-based documentaries, so you can be inspired to make changes in your own life.

Living more sustainably is easier than you might think, from making a greater effort to recycle to switching out everyday products. Even your home improvement projects can be greener by using sustainable materials and eco-friendly paint. There’s no better way to get inspired than to realize through a quality documentary that our planet is deteriorating, and it’s time to take action.

Vegetarianism and veganism have both seen a rise in popularity over the last few years. Documentaries like Live and Let Live have helped to bring the benefits of these lifestyles forward.

While most docs surrounding veganism focus on the environment and how animals are often treated inhumanely, this one takes a different approach. It focuses on the ethical practice and the morality of eating animals. It suggests that anyone eating animals should be dealing with moral conflict, and wrestle with the idea that those animals are suffering.

If you’ve been considering a change in your lifestyle but you’ve been looking for more information, this is a great film to get you thinking. Other documentaries that can shed light on why veganism is becoming so important include:

No matter what you’re passionate about or interested in, chances are there’s a documentary that can help you learn more. Docs like the ones listed here are meant to inspire you and educate you, all at once. The more you know about these issues, the more equipped you’ll be to stand up, fight for what’s right, and participate in the greater good. 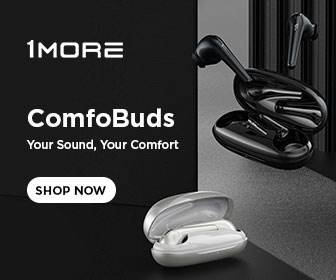