Do you know what are some of the hidden features of Google Chromecast? Let’s check out this article and find out all about them. 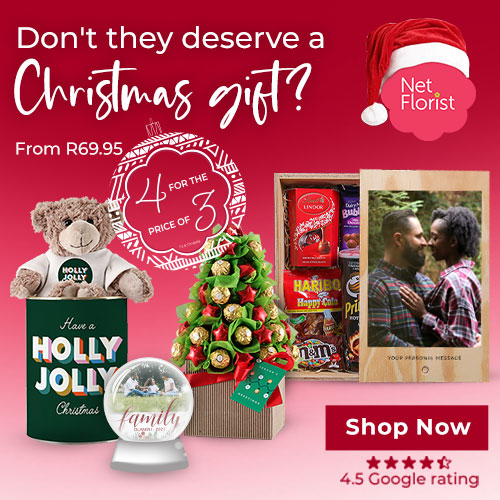 Google simplifies your digital life by providing services ranging from email and online storage to entertainment and GPS technology. With the Chromecast, you can also control your TV. Google now offers two models of its media-streaming device: the Chromecast Ultra and the Chromecast with Google TV. The latter improved Google’s dongle by including a controller and an on-screen interface.

The device has been available since 2013 although many individuals are still likely to broadcast using outdated devices. Its capability is also included in many of the world’s popular smart TVs. Later this year, Chromecast with Google TV owners will use their phones as a control for the streamer via the Quick Settings menu on Android 11 and 12.

What Are Some Popular Features Of Google Chromecast That Are Still Hidden?

The Chromecast’s portability and ease of use contribute to its popularity; simply plug it in, connect to Wi-Fi, and you’ll be streaming HBO Max, Netflix, Hulu, Spotify, and other services to your TV in no time. Not to mention applications for working out, watching sports, listening to music, and google chrome theme creator are also available here. According to 9to5Google, Chromecast will also be available on iOS via the Google Home app. While the foldable gadgets are essentially plug-and-play, a few features may help make casting more spectacular.

If you have house visitors for a week or party attendees for an evening, you may want to let them choose what they want to watch without making them available to your Wi-Fi. Turn on Guest Mode on older Chromecasts because Guest mode on Chromecast with Google TV is not accessible.  Open the Google Home app, pick your Chromecast, touch the settings cog in the upper right corner, go down to Guest Mode, and turn it on.

When visitors wish to cast something, they may do so by tapping the cast icon in a compatible app, selecting Nearby device, and entering the four-digit PIN that displays on the TV or that you offer them. You can set up the guest mode from the chrome task manager, and keep your Wi-Fi passwords to yourself.

2. It Supports Your Headphones

If you want to stream anything on your TV but wouldn’t want the audio to bother someone else in the room, Chromecast with Google TV offers Bluetooth compatibility.  You can find it on the Google TV home page in the Remote & Accessories area. LocalCast for Chromecast is a good option for older Chromecast devices. It allows you to send video to your TV while retaining audio on your smartphone.

Just put on some headphones and afterward select Route audio to the smartphone on the Now Playing panel. This LocalCast function has been in development for a long time, and the creator advises that there may be issues, but the software is free, so it’s worth a try if you need to reduce the noise to a minimum. If you have any more difficulties, just switch to Google Chrome Helper.

If spoilers never discourage you, then you should sign up for the Chromecast Preview Program. This will give you access to the most recent Chromecast features before making them available to the general audience. According to Google, the software is not a beta but rather a sample of stable functionality.

Open the Google Home app on an iOS or Android smartphone to sign up. Scroll to the bottom to the option of Preview Program after tapping your Chromecast and the gear symbol on the upper right. Select it, then press Join Program and confirm that you want to receive an email about additional features. Return to this page and choose the Leave Program option to sign out.

4. TV Remote Is Not Required Anymore

Because the Chromecast connects into a TV port, you’ll need to change the interface on your TV to alternate between the cable modem, the Chromecast, and anything else in your home media setup. However, if your Television supports HDMI-CEC, it can make the transition as soon as you press the cast button from a compatible app. So, you don’t need an old-school television remote anymore.

Some TV manufacturers may refer to it differently, but if your TV allows it, go to the TV’s settings, pick the HDMI-CEC option, and activate it. It is important to note that your Chromecast must be powered by a wall socket and not by a USB cable on the TV. You can simply switch on to Google Chrome Extensions to enable this option.

5. No More Buffering While Watching

The Chromecast is a valuable device for streaming Netflix, YouTube, and other videos from mobile devices to your television. Still, it needs a good Wi-Fi connection to offer buffer-free broadcasts. However, not everyone has a super-fast Wi-Fi network, so Google provides a $20 Ethernet adaptor for the Chromecast with Google TV.

The adapter appears to be the same as the standard Chromecast power cable, although the plug end contains a tiny Ethernet connector. So you can simply connect an Ethernet cable from your router to that port, plug in the USB adapter into the Chromecast, then click the Chromecast to the HDMI port on your Television.

Putting It All Together

Google has held the largest market share for making our lives more accessible over the years. From smartphones to smart led bulbs, you can be sure to find a Google-supported gadget in your house. Most importantly, Google has shown itself to be popular in the media streaming sector in particular. Google Chromecast is one of the most widely used streaming dongles. This portable, low-cost gadget lets users wirelessly stream Hulu, Netflix, HBO, Spotify, etc., to TVs from PCs and mobile devices.

Avast Antivirus: 5 Hidden Features You Might Not Be Aware Of

Windows 11: Which Features Can You Expect?

Effective Ways to Use Google for Education