My 2 cents on Otterlake Easter Festival 2015

The third edition of Otterlake Easter Festival was held from 3-5 April (Easter Weekend) this year and it was a complete blast. The reason why my review is so delayed is basically because it has nearly taken me a week to recover after this amazing experience. The Otter Stotter (the vodka infused R20 official festival drink) totally left its mark on me and I was also struck by the “changing of the season” flu. Bummer, I know.

I arrived at Otterlake Easter Festival on Friday the 3rd around lunch time and quickly set up camp at a spot that Atoomkriek had kept for us. I must admit that I did not enjoy carrying all my bedding and camping gear a little further than I used to, but when everything was set up, it was all good.

I finally cracked open my first beer around 3 PM and quickly made my way to the stage in time to catch a brilliant performance by Tuin. This Pretoria based duo has been making waves in the Gauteng music scene lately and I could totally sense that the crowd was enjoying every second of their set. Tanya Schoeman’s vocal range is totally amazing.

The next notable act of day 1 was Jaco Van Der Merwe. It was great hearing acoustic versions of Bittereinder’s songs. Jaco was the perfect act to set the mood for the chaos that was about to erupt at this tiny music festival.

The last four acts of the evening were State Society (who delivered an absolutely rocking set), Feed The Wolf (who served as a stark reminder that the Blues was still alive and well), The Pirates and Hardball. Needless to say the night ended with laughter, dancing and an overdose of Jose Cuervo at the bar. Kudos to my crazy friend Lise for setting up my tent for the weekend in complete darkness and kudos to my camp neighbour Alta for bringing an extra tent along. I should really buy a tent before I go to my next festival.

Day 2 started early with some Creme Soda, Biltong and Comprals for breakfast. Before you could say “Otter Botter” we were having cold beers and playing a round of “Never Ever Have I Ever” at @BaasDeBeer’s campsite. The day started slowly, but things started picking up pace once the bands started playing. The first act of the day was Mountain Thief (who entertained the crowd with some soothing acoustic sounds) and Empire of Desire’s Yaki Naude.

Next up was Bacchus Nel and his band, which featured Viktor Wolf (aka Riku Latti) and Marisa West. The crowd really enjoyed his blend of Afrikaans rocking poetry and it wasn’t long before little groups of pilgrims were dancing barefoot to songs like “Oppie Plaas” – definitely one of the highlights of the festival.

The tribute for Joey Zalinga was next and I must say that this was pretty heartfelt affair. I did not know her very well, but she was one of the friendliest people I have met. I have to admit that she was definitely taken before her time and that she will be missed. Kudos to Franco and Alouise for playing a few songs and setting the mood. The visuals showing messages for and photos of Zoey were also amazing.

The next act of the evening was the amazing Jonathan Peyper. Many people have earmarked this laaitie from Nelspruit as the next Albert Frost and you could definitely see and hear why this title has been bestowed on him. He showcased some absolutely amazing guitar skills and I’m really hoping to see more of him this year – definitely one of the must-watch acts of 2015.

Next up were Johannesburg based folk rockers Naming James. Their catchy lyrics, vibey acoustic guitar riffs and overall silliness had the crowd dancing and singing along in no time. They just have the ability to turn that ugly frown upside down, no doubt about that.

The next act were the 2013 MK Award winners and SAMA Nominated Blues Rock Act, The Black Cat Bones. The band recently replaced Jason Hinch with ex Van Coke Kartel drummer Jason Oosthuizen, but that doesn’t mean that they delivered a half-assed performance. They played one of the best sets that I’ve seen them play and I have to say that Mr Oosthuizen is a monster on drums. I’d like to see and hear how the band’s style is going to be influenced in the long run by this.

The last two acts of the night were Avade (a kick-ass rock ‘n roll band from Durban) and Afrikaans rock veterans Akkedis. I have to say that I was a little pre-occupied at the bar at this stage (thanks to Steve and Jolene who traveled all the way from Benoni), so I did not watch their full sets, but what I saw was pretty awesome. The evening ended with some pretty awesome vibes at the bar (thanks to DJ Dirtroad and DJ Baas De Beer facing off in a DJ battle). I think I crawled into my tent around 3 AM…

Sunday the 5th of April started slowly and by 1 PM I was getting pretty tired, but that the love I have for SA Music was a great motivator to see this day featuring awesome acts through. The Barbosa Experience (featuring Arthur from Akkedis) delivered an excellent performance and got the crowd into a good mood. Gareth Wilson entertained the crowd after them with some memorable tunes and was joined by Piet Botha at some stage (which made his set just more memorable).

Tidal Waves were up next, featuring a 2 man line-up, but their Bob Marley covers, coupled with a glorious bushveld sunset just made this one of the most special sets that I’ve seen by them. Before you could say “Tequila” Jack Hammer was on the stage, mesmerizing the crowd with some soothing rock melodies. Seeing Piet Botha and Jonathan Martin is always legendary, just ask anyone who has seen them performing live and they’ll agree.

Next up was Shotgun Tori and her band. I have to say that I was completely blown away by this Johannesburg songstress and I really hope that she gets a lot more attention this year. After this it was time for Hoot ‘n Anny to entertain the crowd with their blend of folky songs (and non-Johnny Cash inspired tunes), followed by the 6 piece East Rand based Country / Bluegrass band Crystal Park. These blokes got the party started and I have to say that it was the first time that I’ve seen a mini moshpit during one of their set (which must be some kind of record for a Sunday night).

Next up were Pretoria folk rockers Monkeys in Boots. They played one of the best sets that I’ve seen them play and were much appreciated by the die-hard crowd of music fans that stuck around until the end of the festival. The last act of the festival was the Fake Leather Blues band and they did not disappoint either. I’m just hoping that these blokes record an album in 2015. It’s about time if you ask me.

Sunday night’s party ended with drinks at the bar and swaying on the dancefloor (because my legs were too tired to dance). I left the festival early on Sunday morning and was back home in Pretoria in time for Wimpy breakfast.

Otterlake Easter Festival was great. The one issue I had was the bathrooms. It’s great that new toilets and showers were added for festival goers, but not so great that they were semi-flooded and that the flush toilets did not always work. This definitely needs attention. The other issue was the fact that there wasn’t an ATM at the festival, but I’m sure that’s something that could be sorted out next year.

Watch this space for regular updates in the Music and Photography category on Running Wolf’s Rant. 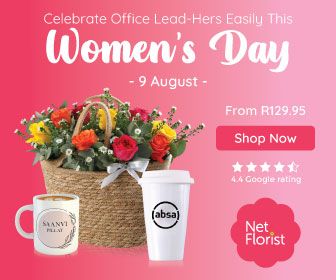